When faced with an issue having multiple problems, it is often a good idea to consider looking for improvements to all problems facing the issue (sounds sort of “Yogi Berra”).  If you focus only on one problem, you will often times make a bad decision because nothing has been done to address the other items.  Case in point are the problems facing the Hope Scholarship.  As discussed in other posts,  there are alternatives to the Hope Scholarship to students; however, the Hope program currently is facing three major obstacles.  They are: Continue reading →

Well, the final word on tuition rates for 2012-2013 is now written in stone.  This was discussed in a previous post; however, the official amounts were not known at the time.  The increases are mainly in tuition with hidden increases included in the “special mandatory fee” and an increase in other fees as described in the post.  Georgia Hope Scholarship funds, as you know, only include a percentage of tuition based on tuition rates of the 2010-2011 school year.  So, the increases will solely be paid for by students and parents with no additional help from the Georgia Hope Scholarship.  Here is the description of the fee increases taken from various news sources. Continue reading →

The Georgia Student Finance Commission website keeps a record of the total Georgia Hope Scholarship Grant and Award payment for the history of the program.  You can see the effects of the changes in the program from the 2010-2011 fiscal year to the 2011-2012 fiscal year.  The number of Hope recipients decreased by just over 20% and the total awards given decreased by 39%.  Looked at another way, the average award went from $2920 to $2260.

Well, the 2011-2012 Georgia Legislature session is now history. Given that it is an election year and that last year brought about many Hope Scholarship Changes, the bills that were presented had no support to move forward as law.  In other words, Georgia “punted” any legislation concerning the program.  The good news is that the proposals putting financial need requirements on Hope were stopped, and the bad news is that no real solutions were found for the real problem with the mismatch between revenue and expense. Continue reading → 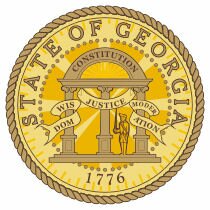 There is much information concerning the hope scholarship ga found on the internet.  Much is written and provided on gacollege411; however georgia college 411 is not the easiest site to navigate.  You will find yourself bouncing around quite a bit to find relevant information.  This was a little frustrating for my older son when, as a high school senior, two years ago, he began searching for information concerning requirements, eligibility, and gpa calculation for the hope scholarship ga. Continue reading →