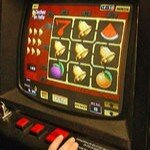 When faced with an issue having multiple problems, it is often a good idea to consider looking for improvements to all problems facing the issue (sounds sort of “Yogi Berra”).  If you focus only on one problem, you will often times make a bad decision because nothing has been done to address the other items.  Case in point are the problems facing the Hope Scholarship.  As discussed in other posts,  there are alternatives to the Hope Scholarship to students; however, the Hope program currently is facing three major obstacles.  They are:

The state of Georgia is currently focused, primarily, on item #1 (Funding from the lottery).  Item #2 (Number of students) was addressed last year by raising the standards for qualifying for the Hope Scholarship.  Item #3 (Rising tuition costs) has not, in my opinion, been adequately addressed at this time.

As part of the focus on funding, many in the state of Georgia are looking at adding Video Lottery Terminals (or VLTs) to the Georgia Lottery program.  These video lottery terminals are, according to Wikipedia, quote: ”

A Video Lottery Terminal or VLT is a gaming machine that allows gamblers to bet on the outcome of a video game.

A VLT is similar to a slot machine, in that each terminal is a stand-alone device containing a random-number generator. Each terminal is connected to a centralized computer system that allows the lottery jurisdiction to monitor game play and collect its share of revenue.” end quote.

The key difference is a video lottery terminal versus a slot machine is that VLTs offer players that chance to play against other VLT players as part of the lottery system whereas slot machines are played against the house odds.  Independent of the definition for a VLT, is the fact that video lottery terminals will put a foot in the door for more casino-like gambling in the state of Georgia.  Will it provide an overall increase to revenue for the Hope Scholarship?  Maybe, probably, but to what cost?

I would be much more interested and supportive if Georgia would put additional, real effort on reducing, or even rolling back, the rising tuition costs in the state.  Tuition rates continue to increase more than the inflation rate with little effort being made by the University System of Georgia to change the course.  In fact, a strong argument can be made, that the Hope Scholarship has had an inflationary effect on tuition rates in Georgia.  Why not?  It is “free money” pouring down from the lottery heavens.  But, the money has been pouring on a pile of sand that is able to absorb far more than can be supplied from the lottery cistern.  Let’s go back to the list above and take a look at item #3, rising tuition costs.  Every $1 that is saved in tuition is multiplied by #2 (number of students) and reduces the proceeds needed from the lottery with a multiplicative effect.  It is the one point of the problem that has the biggest pay back.  Any incremental improvement is magnified to the benefit of the whole program.