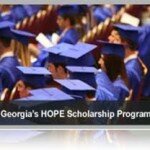 There are many proposals going back and forth in the legislature for changes to the hope scholarship in 2012.    The following information is taken from an article  by Megan Ingalls from the Red and Black describing changes proposed by the Ga Senate.  Please note that these are proposals or ideas and are not passed into law as of today.  But, what it does indicated is that funding for the Hope is going to decrease and may disappear completely for some if an income cap is instated.  It is also interesting that the Zell Miller Scholarship component may be the undoing of the basic form of the scholarship in that the promise of full tuition for the Zell Miller is taking money from the base scholarship.

Here is the article which begins to help us understand the Hope Scholarship Changes for 2012:

“HOPE Scholarship recipients may see their financial aid awards reduced even more than originally predicted over the next few years due in part to the Zell Miller Scholarship, according to the Atlanta Journal-Constitution.

The amount of money available for HOPE funding will be lower than expected due to an excess of Zell Miller Scholarship winners, according to an article published Sunday in the Atlanta Journal-Constitution.

The Georgia Student Finance Commission said around 5,000 more students have qualified for the Zell Miller Scholarship this year than anticipated. Both the HOPE and Zell Miller awards are funded within the same budget.

Changes introduced in an attempt to help revive the Zell Miller and HOPE programs were proposed to the Georgia Legislature Senate Monday, according to the article in the AJC.

The proposal — sponsored by Democrats — would also convert HOPE into a need-based program. A family income cap would prevent some students from qualifying for HOPE coverage.

Gov. Nathan Deal introduced Zell Miller last year — at the same time HOPE awards were being reduced in order to help keep the program alive. At present, about 11,600 students throughout the state receive the Zell Miller award.

HOPE awards will continue to be cut while University tuition is expected to increase. Now, HOPE recipients at the University receive $3,182 a semester. This number is projected to decrease to $2,720 by 2013 and again to $2,461 by 2015.. By this point, HOPE would only cover about half of tuition.

The cost of the Zell Miller Scholarship is expected to grow in response to the award’s promise of full tuition coverage, which would result in further depletion of the HOPE budget.

Kate McCarthy, a freshman biology major from Atlanta, said she thinks difficult economic times have created a frustrating situation for students who rely on HOPE.

“No one is going to be happy about it. It’s frustrating to work so hard for something, and by the end of our four years here, it’s only going to cover a small portion of tuition,” McCarthy said.

The Georgia Student Finance Commission has already predicted an increase of more than $500 in the amount students are expected to pay toward tuition and fees by Fall 2013.

McCarthy said a need-based HOPE program would disqualify her from receiving the scholarship.

“HOPE is really the only scholarship available to me. I think it should be available to everyone because it’s state funded,” McCarthy said. “I like that it’s based on merit rather than on how much income your family makes.” “