The Tennessee legislature has updated the definition of “home school student” with respect to Hope Scholarship eligibility.
By virtue of the enactment of Senate Bill 1773 on March 28, 2014, the Tennessee Legislature updated the definition of a “home school student” eligible to receive a HOPE scholarship. This action was needed because the HOPE scholarship provisions of the law were not in line with the changes to the homeschool law made in 2011. The old homeschool law recognized only two options for parents: (1) homeschooling through the school district or (2) associating the homeschool with a church-related school, which also involved registration of the student with the school district in grades 9-12. The changes to the homeschool law made three years ago preserved these two options, except that a student whose homeschool was associated with a church-related school was no longer required to register with the school district in the high school grades. Additionally, the law began to recognize a third option whereby a parent could homeschool a child while participating as a teacher in the church-related school in which the child was enrolled. The HOPE scholarship provisions now reflect all three means of homeschooling by which a student may become eligible for a college scholarship. The law continues to require that the student be a homeschool student for at least one year preceding completion of high school.

Senator Mike Bell (District 9) was the chief sponsor of this legislation.

New students at public colleges in Tennessee would see their Hope scholarships cut by less than originally planned under a new proposal.

Freshmen and sophomores who enroll at the University of Tennessee, Vanderbilt University, Tennessee State University and other four-year schools would receive $3,500 Hope scholarships starting in 2015, under a measure presented in the state legislature Tuesday. Juniors and seniors would receive $4,500 a year, according to the plan.

For many students, the amount still represents a $500 cut from the $4,000 Hope scholarships that students receive now. But it marks a step back from Gov. Bill Haslam’s original proposal to cut Hope scholarships by $1,000 for freshmen and sophomores. Continue reading → 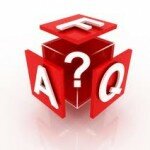 There are many eligibility requirements, rules, and regulations concerning the Tennessee Hope Scholarship.  These frequently asked questions and answers may help you with your award questions concerning GPA calculation, eligible institutions, dropping a class, and others… Continue reading →

When searching for information on the Hope Scholarship, it can be quite confusing. One reason for this due to the name being used for various awards.

Although the 2011-2012 Tennessee legislative session is not over, the dust seems to be settling on the life expectancy of bills introduced for changes to the Tennessee Hope Scholarship.   The push to make it harder for eligible students to earn a full lottery-funded Hope Scholarship — approved by the state Senate two weeks ago — ended Monday when the House sponsor, Rep. Harry Brooks, R-Knoxville,  indicated he won’t seek its passage this year due to little support in a Senate Subcommittee.